Because the family that streams together, stays together.

Let’s face it. Even though we’ve had a mild winter here in Central Oregon, there is still more to come. The nights are still long and the temperatures are still low—and March seems to always bring lots of snow!

Winter isn’t over, so if you haven’t dialed in your movie night streaming options, now is the time to do so. Unlike not too long ago when Netflix dominated the in-home movie streaming services, there are now many more options to choose from. Streaming and downloading services now span across most devices, from smartphones to televisions.

Below are five options for kicking back and watching your favorite television shows or movies.

Netflix started it all with their late 1990’s movies-by-mail model of all-you-can-watch rentals with no due dates, late fees or restrictions. Today, it still has the best range of movies and TV shows available. It also supports multiple users per family and can be used on computers, televisions, phones, tablets and other devices.

Netflix has the best selection of content for most users and dedicated user profiles and kids sections, so each user can create a profile, save favorites and get personalized recommendations. It works on any Internet-connected device that has a Netflix app. Netflix also has a range of monthly plans depending on the number of devices.

Prices increase more frequently than other services. Running TV shows are not available until months after they air. Most movies are at least a year old.

Families with multiple users and multiple devices that are not necessarily looking for the latest blockbuster. 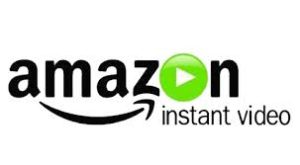 Amazon Prime is Amazon’s comprehensive subscription service where subscribers get a variety of perks, such as access to the Kindle lending library and free shipping, for one yearly subscription (currently at $99/year). Amazon Prime Instant Video allows you to stream unlimited TV shows and movies from a subset of the full Amazon digital library.

Amazon has a strong library of content, original shows, HBO shows, and a great value of bundling with other Amazon services. You can also download content to a mobile device for offline viewing.

There are no monthly payment options—you must pay for a whole year. Doesn’t work with Apple TV or Chromecast. Current running TV shows are not available until months after they air. You can only have one profile per account.

Users who use Amazon for other services and products.

HULU and HULU PLUS

If you don’t want to be left in the dark while your friends are talking about last week’s episode of Game of Thrones, Hulu is your choice. Hulu is the best place for currently airing TV shows. The free Hulu version has lots of ads and only carries the five most recent episodes of shows. The paid Hulu Plus (currently at $7.99 a month) has a wider range of shows, more seasons and episodes and fewer ads. It is still not ad-free.

On Hulu, you can watch television shows shortly after they air on network or cable TV.

Hulu has mostly TV shows and not many movies. You’ll sit through lots of ads, even with the paid version. You need Hulu Plus to use the app on devices.

The television show aficionado that wants to watch episodes shortly after they have aired, but doesn’t mind some advertising.

iTunes is well established and has a large array of movies and television shows. It is also a flexible system with no blanket subscription option, but has many options for renting or purchasing content. Depending on how often you purchase content, it can be a more expensive option as spending $1.99 – $4.99 can add up quickly.

The lack of a monthly or yearly subscription option makes it a more expensive option if you use it more than a few times. It’s also an Apple product, so must be used on an Apple device or a PC running the iTunes desktop software.

The Macophile that watches a movie or TV show very sporadically.

Crackle is a free Sony-backed streaming service that features movies and television series from major studios and networks such as Columbia Pictures, Fox Digital, MGM, Lionsgate and more. You can access it via web and has apps for iOS, Android, Nook, Kindle Fire and Windows Phone as well as a variety of streaming players.

It’s FREE! You can also subscribe for updates, create favorites lists, save viewing history and share videos with other Crackle users and friends.

You’ll have to sit through advertising when you are streaming. It doesn’t have a full library and you can’t download films for offline viewing.

At Home System Solutions, we take pride in being Central Oregon’s leader in home theater, entertainment and automation. We offer beautiful custom design, installation, and calibration and programming for home theater, surround sound, media rooms and full home automation and surveillance. Contact us by email or call 541-610-7915.